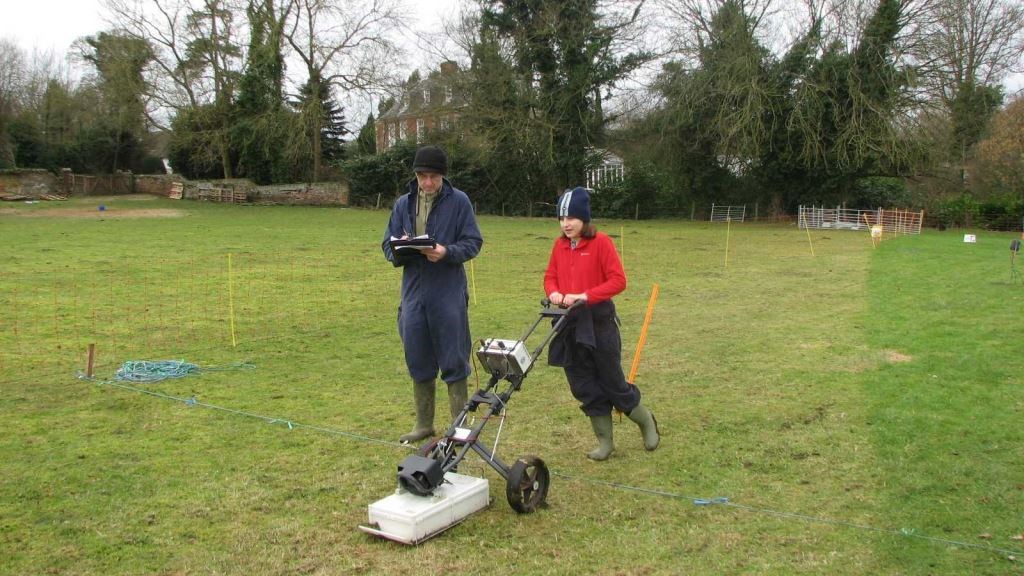 Hi my name is Rowan, today I was surveying in Potterne with Archaeological Surveys Ltd.

My school had a World of Work Day so I needed to experience some real work. At the site there was an electric fence that we needed to move because it was in the grid that we mapped out (we realised that it was electric the hard way). After we did that, Mike used a GPS to position the pegs on the corners of the grid and I hammered them in the ground. David unloaded the wagon and assembled the RADAR then I hooked the ropes on the pegs so we knew where the start of the grid was. The RADAR started half a metre in from the edge. Finally we started the survey and I helped do the pushing of the RADAR, walking up and down doing lines every 25cm a turn. Then I did the paperwork, I wrote down the file name and the distance we had done. There were two grids that we needed to do and each took an hour. I made some mistakes along the way but I enjoyed it and I thank Archaeological Surveys for letting me come with them. They believe that they found a building or settlement at the site.