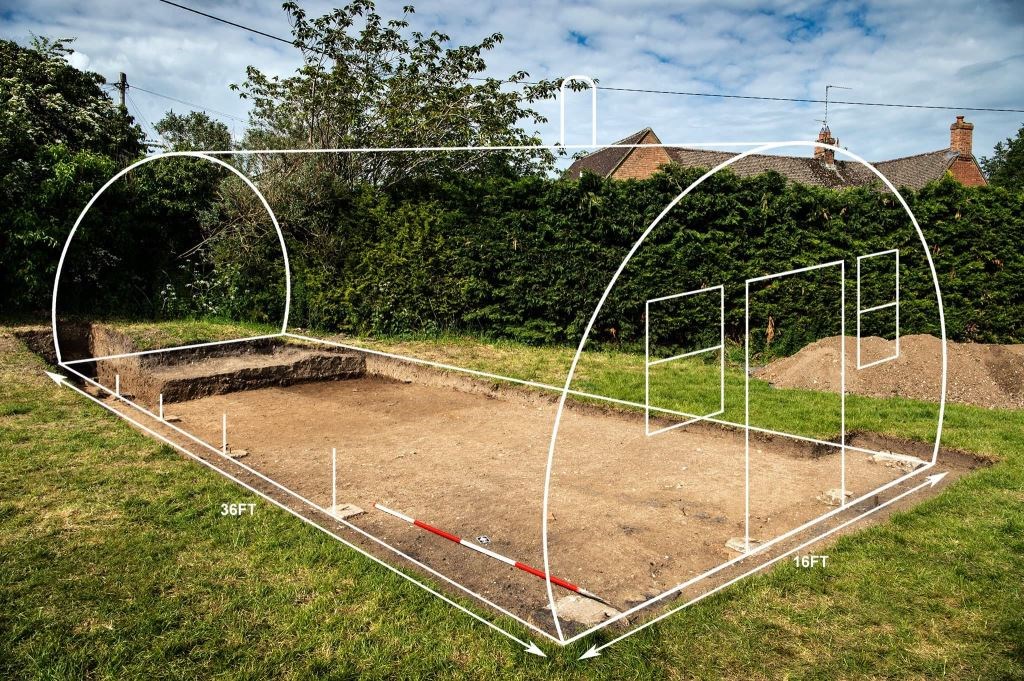 In February 2019 Archaeological Surveys carried out magnetometry at Ramsbury and Aldbourne, Wiltshire, in support of research carried out by Richard Osgood for Operation Nightingale. The results from Aldbourne were particularly useful and confirm the presence of surviving remains related to Nissen huts visible in wartime photographs of the site. Above reconstruction of a Nissen hut over targeted excavation thanks to Harvey Mills - Operation Nightingale. 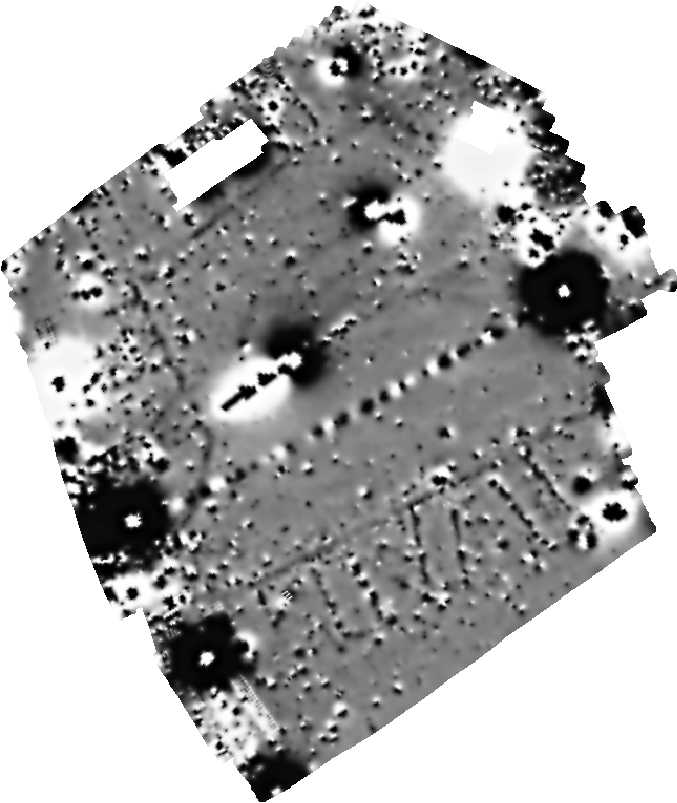 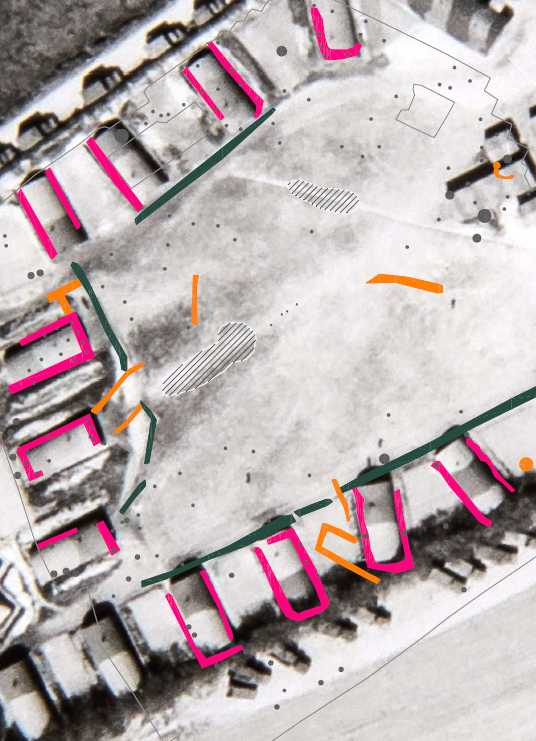 The left hand image is a greyscale representation of the magnetometry data with the image on the right showing an abstraction of the anomalies overlying a wartime aerial photograph of the site. Magnetic anomalies relating to the hut bases are outlined in magenta with linking paths shown in dark green.

The camp was originally constructed by the British army but in 1943 was taken over by Easy Company, known as the 'Band of Brothers', of the 2nd Battalion of the 506th Parachute Infantry Regiment of the 101st Airborne Division of the US army preparing for D-Day. Excavations in late May by Operation Nightingale revealed small concrete pads that encapsulate vertical threaded steel rod or bolts used to attach to the base of the steel frame of the Nissen huts. These bolts or rods have produced dipolar anomalies at regular intervals with positive linear anomalies between the pads caused by the use of iron slag, presumably used as a sub-base material for brick infill between the ground and the slightly raised steel base. The slag was overlain in places by remnants of a bitumen damp course.

Positive linear anomalies between the hut bases were initially considered to be possible service trenches or related to drainage but targeted excavation demonstrated the presence of a layer of iron slag within a shallow trench at the base of the topsoil, which would presumably have been overlain by concrete slabs forming a clean and hard-wearing path linking each hut. No slabs were found but the site was known to have been cleared and levelled and for many years was used as the village football field.

The high resolution of the Sensys MXPDA magnetometer proved useful in accurately targeting anomalies within a site containing very high levels of magnetic disturbance. The results of the excavation over one of the huts has helped us to refine our interpretation of the anomalies, particularly the presence of small diameter threaded rod set vertically in concrete. The 0.5m by 0.08m resolution provides good definition of individual fixings not possible with more standard 1m by 0.25m data collection and again shows the benefit of closely spaced multi-sensor cart systems.