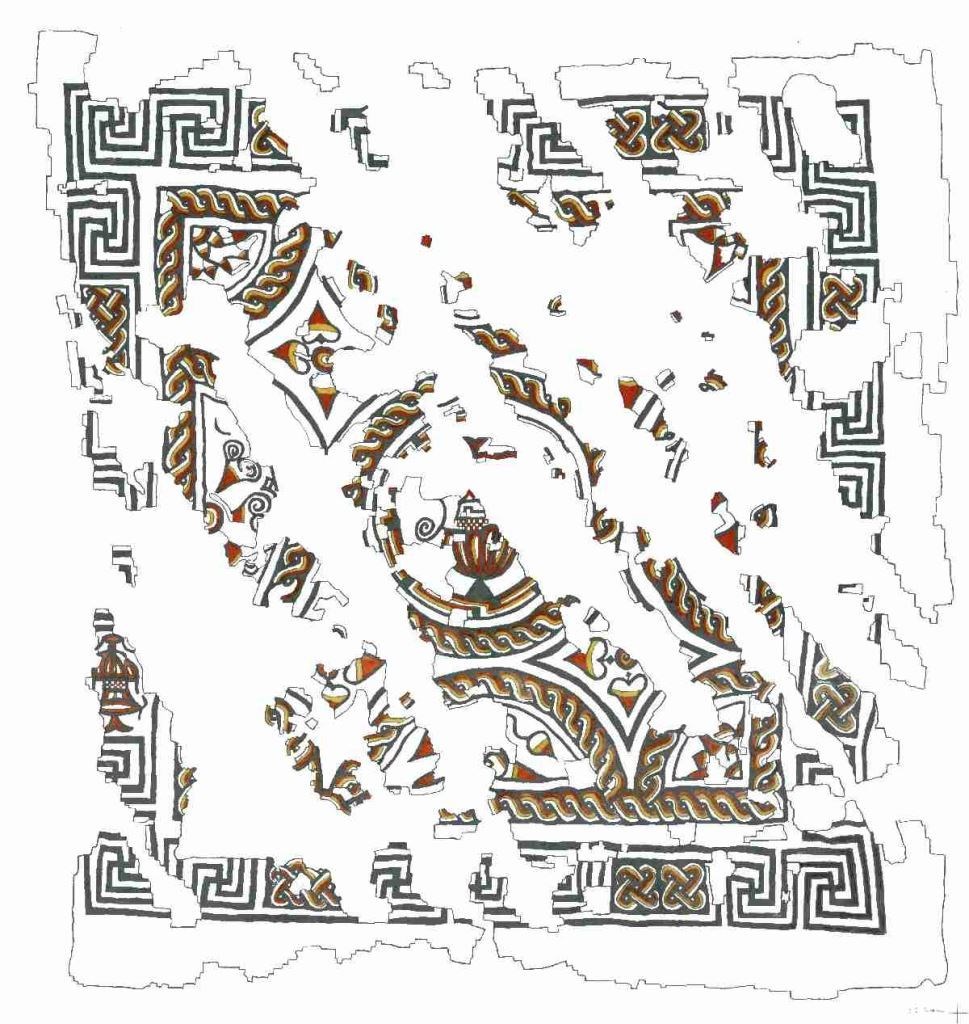 During fieldwork carried out in the parish of Pillerton Priors in Warwickshire, a high status Roman building was located. The villa is an important find in the region where few high status Roman sites are known.

Tesserae visible on the surface of the field in 1998 appeared in much larger numbers after harvest in 2002 and it was decided that excavation was urgently required in order to assess the condition and record any surviving mosaic floors. The Association of Roman Archaeology provided assistance with the excavation and recording of the site. 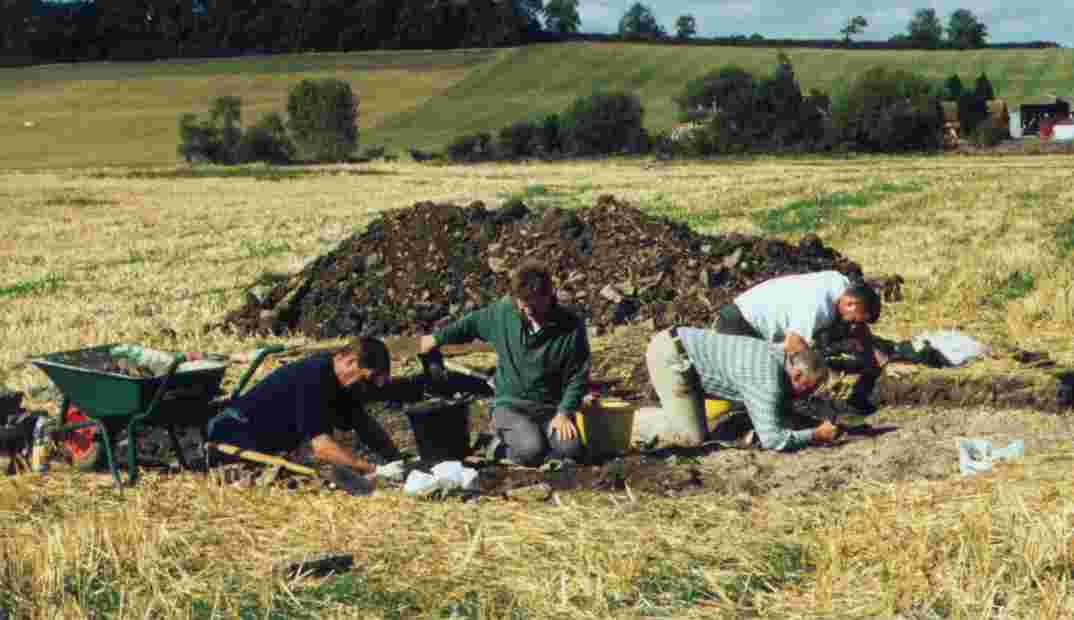 Members of the Association for Roman Archaeology carrying out excavation of the Pillerton Priors mosaic in September 2002.  © David Sabin

Two test pits, excavated by David Sabin and Kerry Donaldson, immediately located intact mosaic flooring almost within the ploughsoil, and an area of approximately 5m x 5m was stripped by hand to reveal the complete floor. The mosaic design is based upon a crater or wine mixing bowl that sits within a central roundel. Lunettes and quadrants bordered by guilloche are formed by quasi-tangent circles and contain floral motifs. The floor is bordered by a Greek interlocking key design inset with two guilloche panels each side although an interesting assymetry exists where the guilloche is replaced by a small drinking vessel. 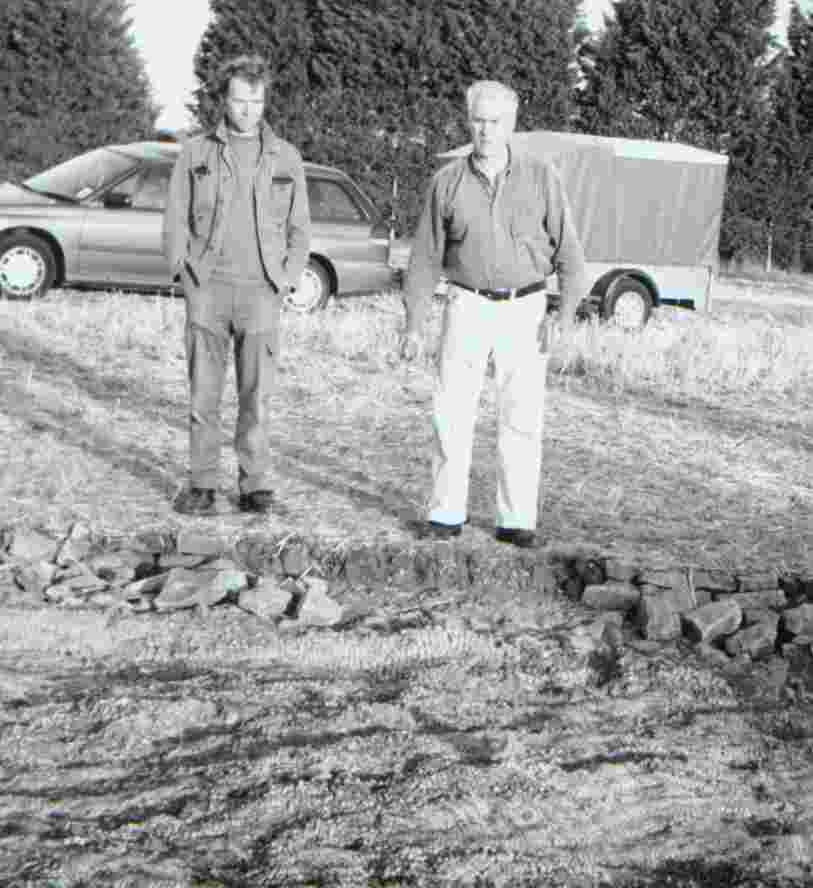 Bryn Walters, Director of the Association for Roman Archaeology, carries out a Bachic blessing of the Pillerton Priors mosaic!  © Kerry Donaldson