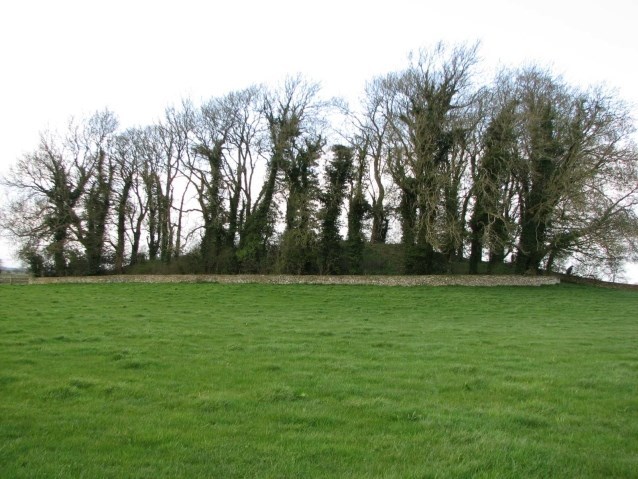 Download a PDF copy of the full report (3Mb)

A detailed magnetometer survey surrounding the Neolithic long barrow known as West Barrow, at Leighterton in Gloucestershire, was undertaken by Archaeological Surveys Ltd. The survey was commissioned by Gloucestershire County Council Archaeology Service as part of works aiming to prevent further damage to the monument by badgers. The results revealed a number of large amorphous quarry pits surrounding the barrow. Two ring ditches have also been located to the south of the barrow, with some evidence for internal features and their small diameters (approximately 8-10m) suggesting they may relate to former round houses. The survey also located widespread discrete anomalies and while some may have archaeological potential, it is possible that many are associated with natural features.

The barrow is listed by English Heritage as Scheduled Monument No 22885 - West Barrow: a long barrow 200m west of Leighterton School. It outlines that it is a mound comprised of small stones, trapezoidal in shape and oriented east west. The dimensions are 82m by 50m, which includes the external spread of material from the barrow, and stands to a height of up to 4m. The flanking ditches are recorded to survive as a buried feature to the south and an earthwork to the north.

Crawford (1925) describes the barrow as one of the highest he has seen, being 20 feet tall at the eastern end. He states that the barrow was excavated by Matthew Huntley in around 1700 where he uncovered three chambers on the northern side. These were described by Aubrey as “vaults arched over like ovens, and at the entrance of each was found and earthen jar containing burnt human bones, but the skulls and thigh bones were found unburnt”. Aubrey also noted a megalith at the eastern end of the barrow.

There is no evidence for the chambers, or any megaliths and the mound is densely covered with tree and shrub growth. It is surrounded by dry stone walling around the main barrow, with the spread material and flanking quarry pits extending beyond.

Long barrows were built as funerary monuments and West Barrow is one of over 220 of this type, also known as Megalithic Chambered Tombs of the Cotswold-Severn region (Corcoran, 1969; Darvill, 2004). Constructed during the Neolithic period and used for multiple burials, recent radiocarbon dates show that construction of some of these monuments began around 3800BC and that burial ended around 3625BC (Bayliss et al, 2007). West Barrow despite excavations, badger damage and tree cover is a good example of this type of monument.